Speaking with Anthony Pompliano on The Best Business Show, Pal is asked for an obligatory end-of-the-year price prediction for BTC and ETH.

Pal thinks the current crypto market cycle will wrap up somewhere in the ballpark of March or April, which mostly corresponds to recent forecasts from widely followed quant analyst PlanB.

The former Goldman Sachs executive tells Pomp that he sees a rapid expansion of the crypto markets occurring alongside a global economic slow-down moving into 2022. He cites rising prices and growing lack of affordability as factors that could trigger a collapse plus more money printing.

“The narrative right now is very much on this inflation, ongoing growth, how the Fed is going to raise rates, they’re going to have to taper soon. But the work that I’ve been doing suggests that the likelihood is the global economy slows down pretty significantly into next year and again we might see more stimulus, and more fiscal stimulus coming as well. So I look at it very differently to what most people are seeing…

Because the prices all went up, basically they’ve gone to all-time lows in terms of affordability. So people are stepping back, we’re seeing it in the housing market, we’re seeing it all over the price. These higher prices are kind of a cure for higher prices, as is often the case, and I think that’s going to lead to much slower growth than we expect, and again as I said more stimulus.”

Pal notes that with the current market cap of the entire crypto space hovering around $2 trillion, he thinks a fair valuation relative to other asset classes is somewhere in the neighbourhood of $200 trillion, or 100X from here.

Previously, the macro expert compared the maturity curve of Ethereum to that of Bitcoin, suggesting that ETH will enjoy outsized gains over BTC since it’s a few years earlier in its adoption cycle. 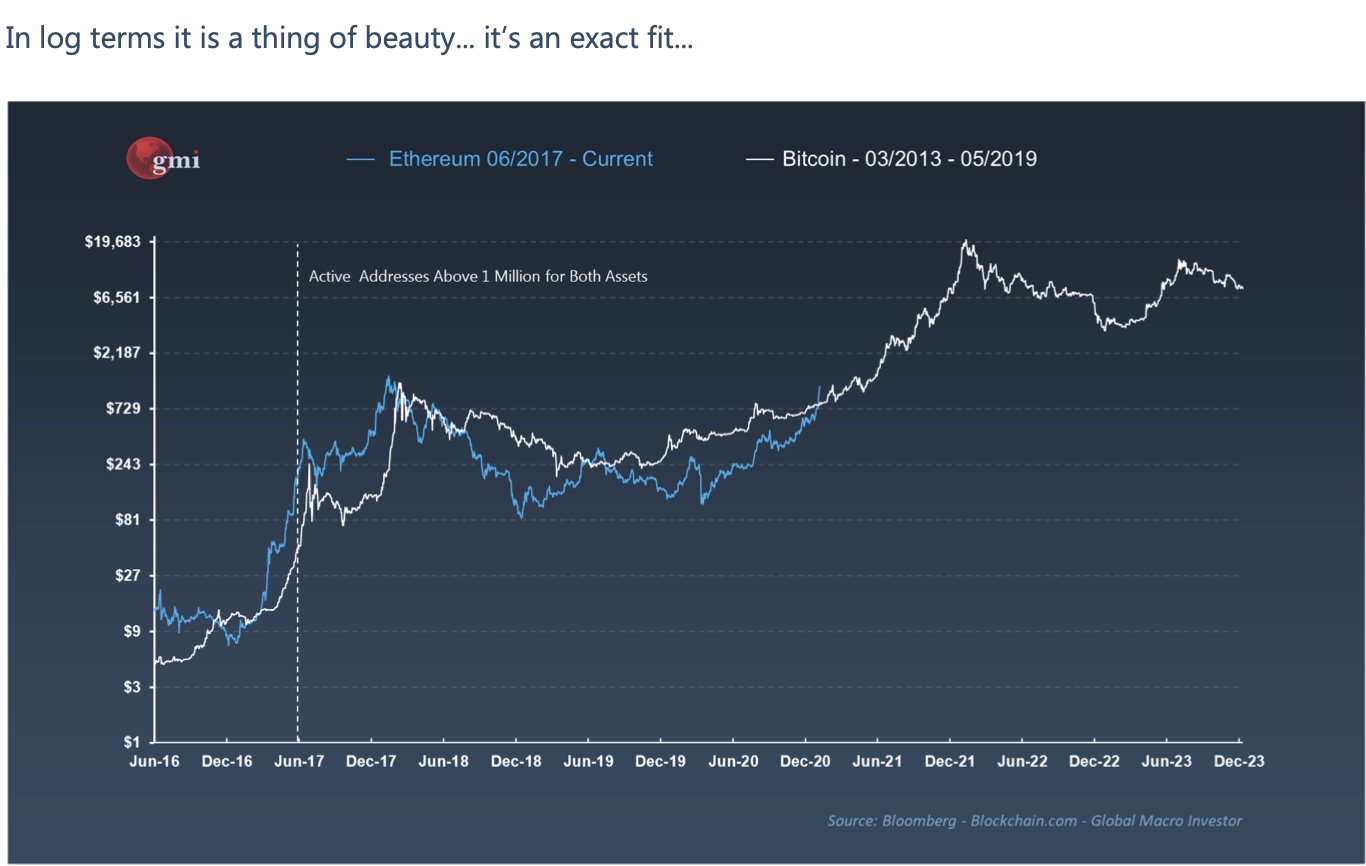 Because of Ethereum still being in its early innings compared to Bitcoin, Pal says that ETH takes the lion’s share of his crypto allocation, with a large basket of other altcoins making up the rest.

“My current allocation is probably 70% ETH, 5% Bitcoin, and then a tail of others. So why that allocation? Nothing against Bitcoin, it’s not against anything else, it’s because I’m a financial markets guy and we use risk curves. So at certain points in the cycle, in the middle of the bull market you want to take as much risk as possible, so you want to go to the more speculative end of the market. So firstly, I slated that I thought Ethereum was going to see further flows, it’s early in its adoption cycle, and that will probably drive prices further than Bitcoin and that seems to be playing out.”