As Q4 kicks off, closely followed quant analyst PlanB suggests Bitcoin is only about half way through a bull market and showing little sign of weakness.

The pseudonymous analyst, known for being the first to apply the stock-to-flow (S2F) model to Bitcoin, says he’s guessing BTC maintains bullish strength until at least April of 2022.

“On-chain analyses finished tonight: IMO we are midway, no sign of weakness (red) yet. Note color overlay is not months to halving but an on-chain signal. My guess: this 2nd leg of the bull market will have at least 6 more months to go.” 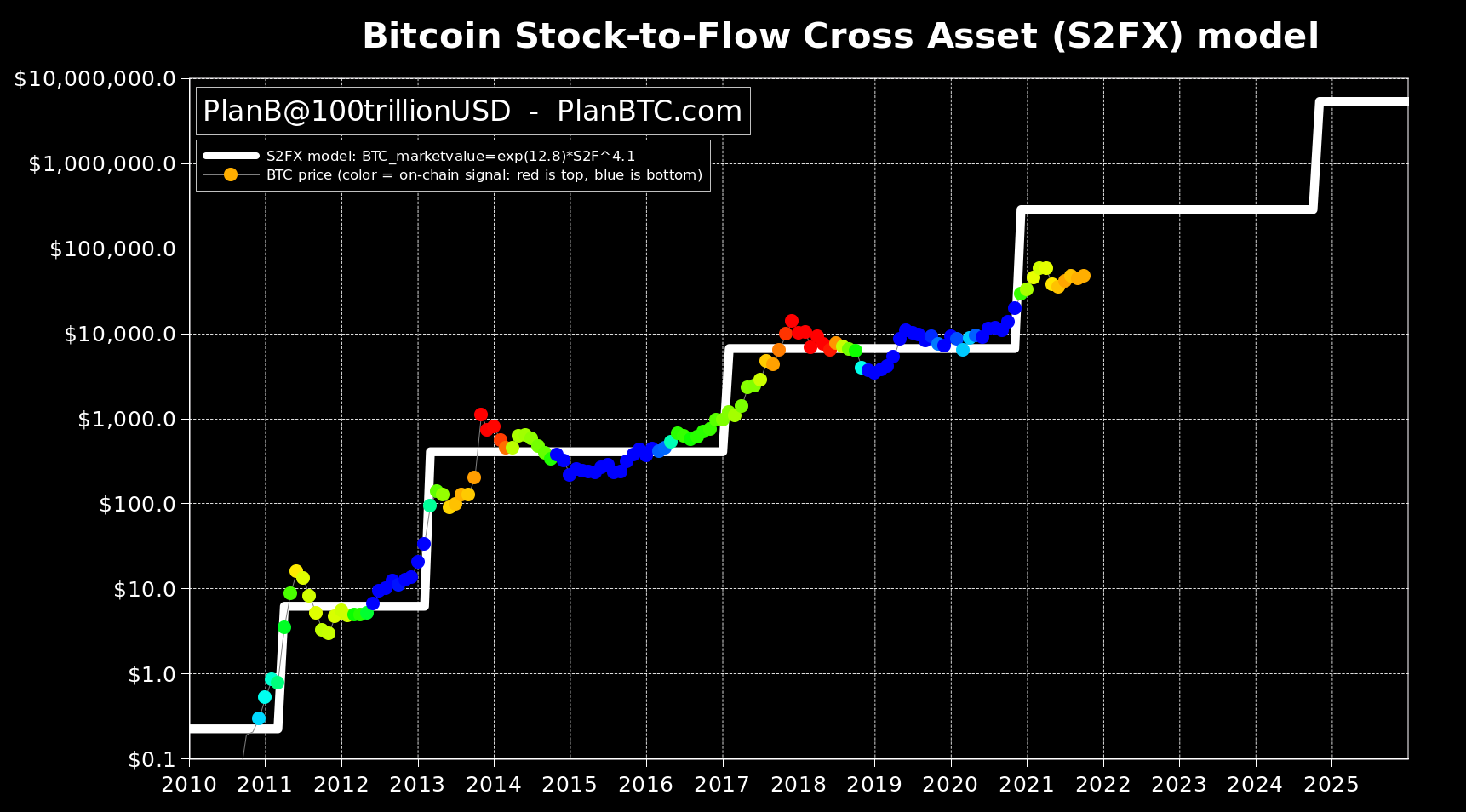 The S2F model has been traditionally used on commodities such as precious metals, and makes forecasts based on the relationship between price and the supply of an asset. The S2F Cross Asset (S2FX) model is one of PlanB’s variations that focuses more on averages than tops and bottoms. Since there are more things than merely supply and halvings that influence Bitcoin’s price, the S2F hasn’t hit exact bullseyes, but has appeared to map out BTC’s general price path with considerable accuracy.

In June, when BTC was trading at $34,000, the analyst laid out his “worst-case scenario” for Bitcoin for the rest of 2021, or the lowest possible price that it would close each month at. He predicted that BTC would close out August at $47,000 and September at $43,000. Both months subsequently closed at exactly PlanB’s bottom targets.

PlanB also has his eye on Bitcoin’s relative strength index (RSI). He notes that in order for the bull market to continue, Bitcoin’s RSI would have to peak out closer to the next halving like it did in 2011, as opposed to 2013 and 2018 where it entered a bear market roughly 30 months before the 2016 halving (orange dots). This scenario could lend credence to the concept of lengthening cycles, or the idea that each market cycle takes longer to complete than the previous one before going into a bear market.

While Bitcoin’s price action since May has challenged PlanB’s model, nailing two monthly closes may grab the attention of traders looking for the king crypto’s next move.

0xDeFiNigel
0xDeFiNigel has been following the digital asset space since 2017. He's pretty sure crypto and blockchain technology will revolutionize finance and the global flow of information, so he enjoys spending his time trying to get ahead of the curve.
View all posts by 0xDeFiNigel -> Best Crypto Deals ->