Bitcoin is dealing with the aftermath of the FOMC meeting which maintained the Fed’s stance that rate hikes and tapering are likely at some point during 2022.

BTC rallied substantially leading up to the meeting before losing most of its gains after it was confirmed that relentless money printing may end or at least slow down, perhaps in March.

In the words of the Fed:

“With inflation well above 2 percent and a strong labor market, the Committee expects it will soon be appropriate to raise the target range for the federal funds rate.”

The US dollar index (DXY) is ripping on the news, currently at levels not seen since June 2020. The S&P 500 is currently trading at $4,400, attempting to hold onto the 50-week exponential moving average (EMA).

However, many investors are taking an “I’ll believe it when I see it” stance on the Fed’s hawkish tone. As Bitcoin analyst Michael Schmidt points out, the Fed has been warning about tapering for some time, yet its bond purchases keep climbing steadily.

“All talk, no taper. Taper is Vapor.” 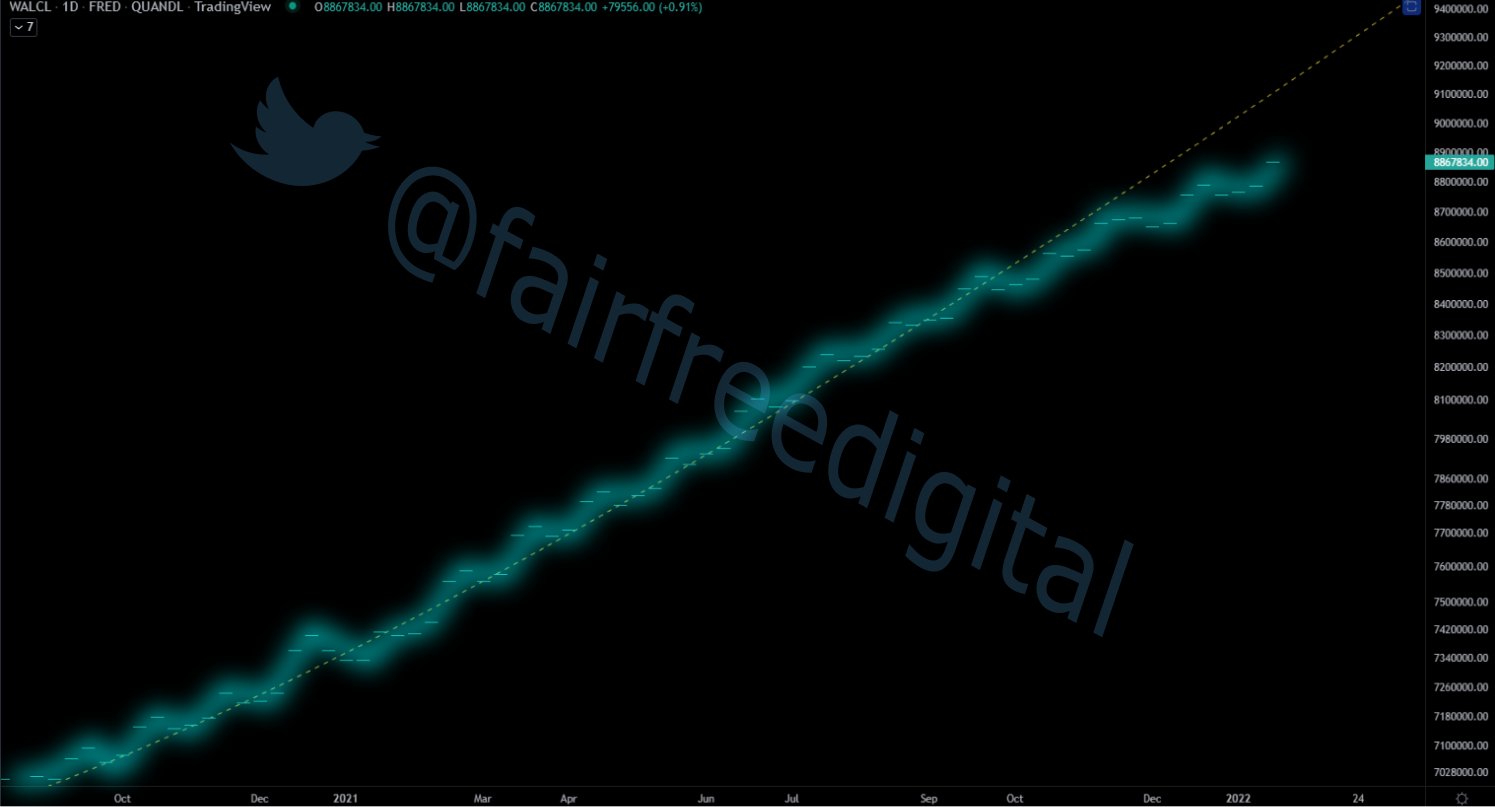 Meanwhile, the Fed’s balance sheet remains in a strong uptrend.

Real Vision Group CEO Raoul Pal also said recently that rate hikes aren’t always the end of the world for markets, and that the Fed could still ultimately flip dovish at the last second.

“Nothing to freak out about… Interest rate rises are almost never negative for the market. What’s negative for the market is when the yield curve inverts and we hit a recession. That’s when markets go down and stay down for an extended period of time. We’re nowhere near that yet. The yield curve is, however, starting to flatten every day which is suggesting that the Fed can’t really raise rates, certainly maybe not past June…”

Bitcoin remains close to 50% down from its all-time high as BTC bulls begin to hope for a more nuanced and elongated cycle, and bears look for a break of the $30,000 level where some see the neck of a head and shoulders pattern.