Black Friday discounts spread into the crypto markets this year as Bitcoin remains about 22% down from its all-time high, and altcoins continue to take beatings.

While prices dip down, there is evidence that the largest entities in the market have been in a steady phase of accumulation, taking advantage of lower prices.

According to data from BitInfoCharts, the third biggest wallet in existence has been increasing its balance since the beginning of the month. This wallet is the biggest known whale – or entity that holds more than 1,000 BTC – excluding crypto exchanges Binance and Bitfinex.

“If you’ve been waiting for #Bitcoin whales to show signs of accumulation, our data indicates it’s happening once again. In the past week, a total of 59k $BTC has been added to addresses that hold between 100 to 10k $BTC. This is 0.29% of the total supply.” 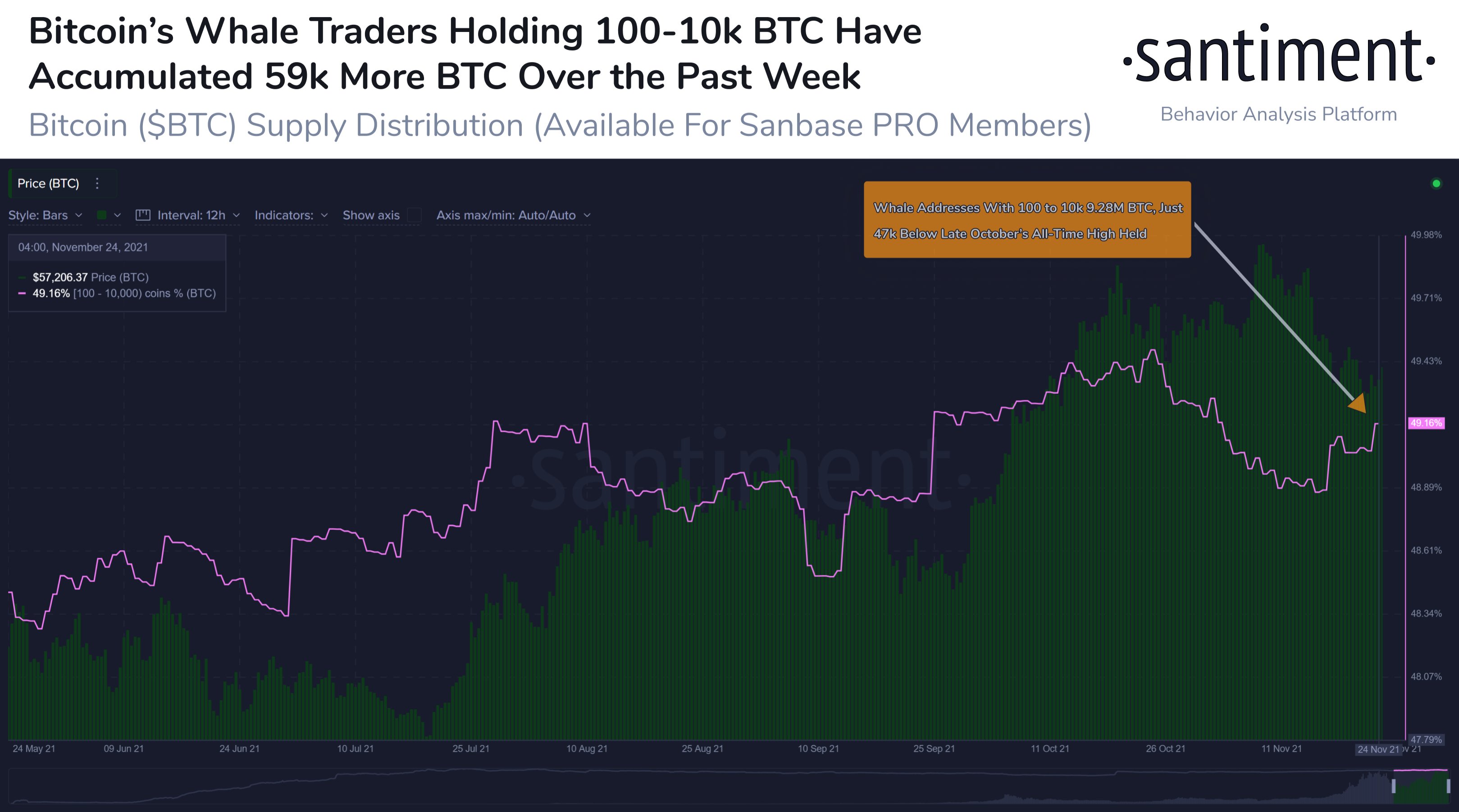 Santiment, which typically takes contrarian signals from market sentiment sourced from social media analytics, says that Bitcoin’s sentiment is at a 50-day low. According to the firm, there is evidence to show that retail traders are reaching peak anxiety, which bodes well for a possible BTC recovery.

According on-chain analyst Wil Clemente, there is a bullish divergence between Bitcoin’s declining price, and the amount of strong hands accumulating. “Strong hands” refer to Bitcoin entities with little history of selling. 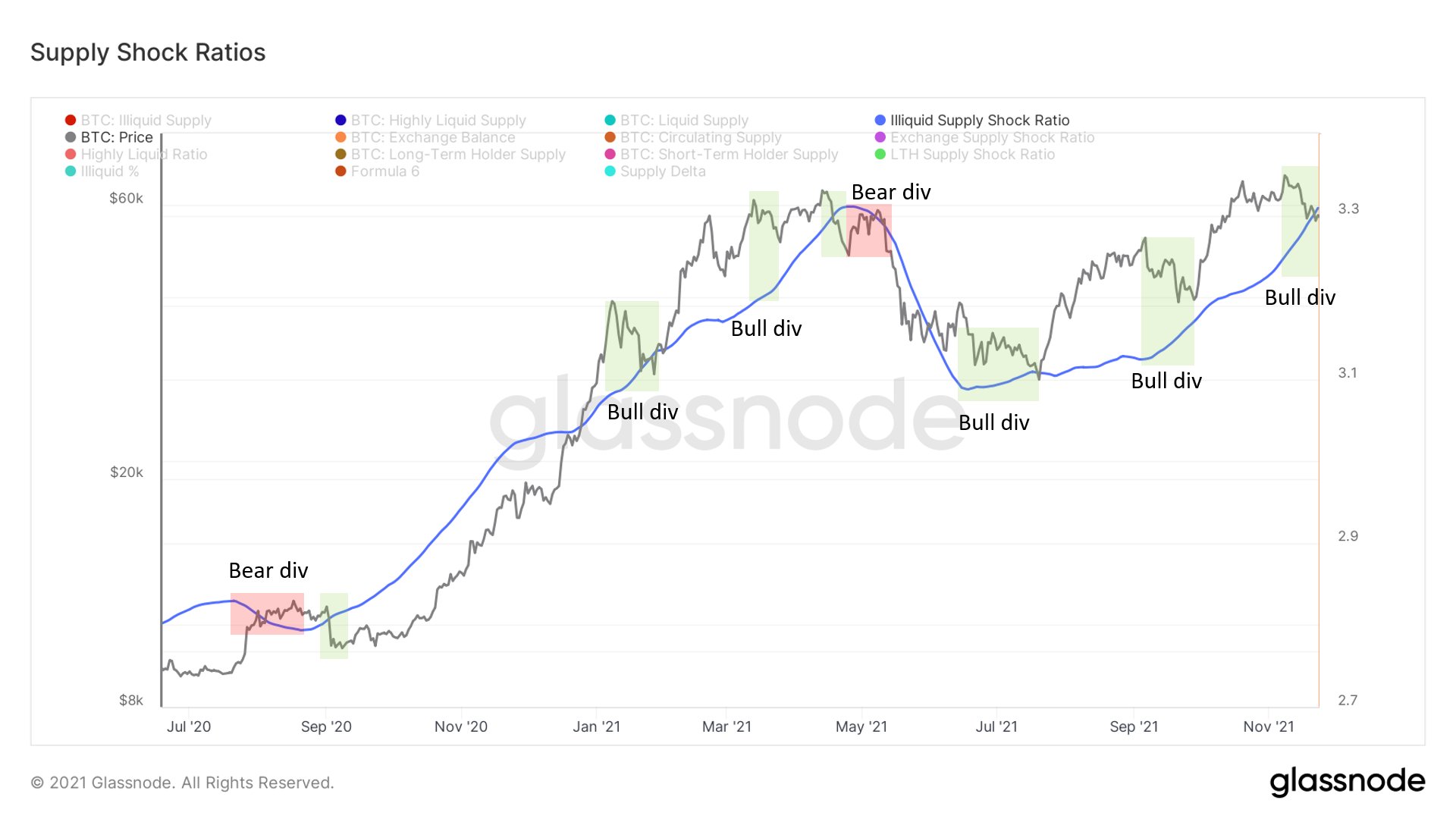 November is 5 days away from closing red for Bitcoin, and will leave only one month left in 2022 for the king crypto to reach many of the bullish “end-of-year” price predictions. November will also likely be the first month that quant analyst PlanB’s floor model will break, unless Bitcoin manages to rally all the way to $98,000 in a hurry. With that said, PlanB and many other analysts agree that Bitcoin’s long term price action does seem on track to hit the six-figure mark sooner rather than later.